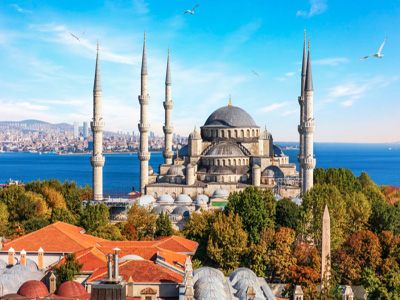 Arrival to Istanbul Airport (IST) or Sabiha Gokcen Airport (SAW) and proceed to domestic flights section for your flight to Cappadocia. Upon arrival to Kayseri Airport (ASR) or Nevsehir Airport (NAV), transfer to your hotel for check in process. Rest of the day will be free at leisure for relax. Overnight in Cappadocia.

After breakfast at the hotel, directly drive to Cappadocia for sightseeing tour. We visit Kaymakli, the widest Underground City of the region. Then visit Pigeon Valley with many different rock formations and hundreds of pigeon houses. Lunch at local restaurant to taste local delicious meal. We visit Uchisar Castle (photo stop), the highest point of Cappadocia with many rock cut churches. You get ready to take amazing view of the region from Esentepe . Overnight in Cappadocia.

After breakfast at the hotel, check out process and transfer to Kayseri Airport (ASR) or Nevsehir Airport (NAV) for your flight to Istanbul. Upon arrival to Istanbul Airport (IST) or Sabiha Gokcen Airport (SAW), transfer to your hotel for check in process. Rest of the day will be free at leisure for relax. Bosphorus Cruise Dinner with Unlimited Local Drinks. Overnight in Istanbul.

Breakfast at hotel. Tour of 'Sultan Ahmet Center', the heart of the 'Old City' from where the Byzantine and Ottoman Empires were ruled. Hagia Sophia, the Church of Divine Wisdom, one of the greatest marvels of architecture, constructed as a basilica in the 6th century by Emperor Justinian. Blue Mosque, facing Hagia Sophia, famous with its blue İznik tiles and unique with 6 minarets, built in the name of Sultan Ahmet. Hippodrome, center of sportive events (chariot races, athletics) and political activities of the old city. Serpentine Column, Obelisk of Theodosius and German Fountain of Wilhelm II are the monuments decorating the Hippodrome. Grand Covered Bazaar, most attractive shopping center and the biggest 'Souk' in the world with nearly 4000 shops selling antiques, jewellery, gold, carpets, leatherware and souvenir. Lunch at Local Restaurant. Topkapı Palace, residence of Ottoman Sultans exhibiting imperial treasury, sacred Islamic relics of Prophet Mohammed, kitchen, Chinese porcelain, weapons, calligraphy section etc. Live guide commentary is not allowed in special sections. (Harem is not included in the program) Sultan Tombs, there are five tombs of Ottoman Sultans within the graveyard at Hagia Sophia. The ceramic panels are the most beautiful examples of the 16th century with purple, red, green and blue flower motives. Prince robes and a small piece from the Kaaba covers are displayed on the sarcophaguses. Overnight in Istanbul.

Cruise in the Marmara Sea to Princes' Islands by Maritime Lines boat. Stop at Büyükada, the popular summer resort with pinewood scenery, once the pleasure island of Byzantine Princes. Tour of the island by Electric Buggy Ride before lunch at a local restaurant. Evening return to İstanbul and transfer to hotels. Overnight in Istanbul.

After breakfast at the hotel, check out process and transfer to Istanbul Airport (IST) or Sabiha Gokcen Airport (SAW) for your flight back to home. (Standard check out time is 12:00 pm) 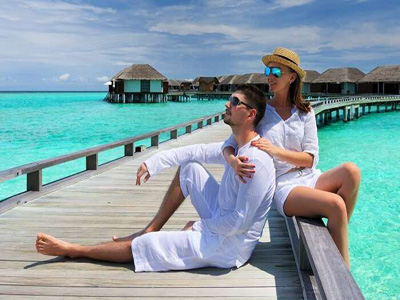 A Majestic Retreat in Maldives at Paradise Island Resort for 3 nights.